Way back in April of this year I put up this post regarding what appeared to be the label for an all new version of the fabled Ardbeg Supernova. Then one day in September it all came to life for me when a surprise care package arrived at work from the kind people at Moet Hennessey. A whole two months passed before I could find the time to sit down and properly enjoy it, but I finally got that chance over the weekend. So as the mercury hit a positively nippy 42°c (107°f) here in Sydney, I drew the curtains, grabbed the camera, cranked the air-conditioning and got to it.

Many probably know the back-story to this bottling, but just in case you don’t, here’s what you need to know. A few years back, Ardbeg sent some tiny whisky samples into space for what would become known as the Ardbeg Space Experiment – analysing the effect of zero gravity. It seemed only fitting that to celebrate their return to earth a special whisky should be released. Enter: Ardbeg Supernova 2014 (SN2014).

It’s not the first time Ardbeg have used the Supernova moniker before though. Ardbeggians would be well aware that way back on 20 January 2009, Ardbeg released 2,400 bottles of the original Supernova to Ardbeg Committee members. They promptly sold out in a matter of hours.

Given the success, the committee release was soon followed by a broader ‘Stellar release’ of Supernova (SN2009), bottled at 58.9% ABV and peated to ‘over 100 parts per million (ppm)’. By comparison, Ardbeg Ten is peated to somewhere in the region of 55 ppm. Clearly this went down well with peat fans, as it was followed up the very next year in May 2010 with another Supernova (SN2010) bottled at a hefty 60.1% ABV and again peated to 100+ ppm.

Parts per million (ppm) is a scientific measurement and isn’t necessarily a good one when it comes to measuring taste or aroma. For example, you shouldn’t expect a whisky rated at 100 PPM to smell and taste twice as smoky or peaty as one rated to 50 PPM. Not quite sure why? Have a read of this blog post. 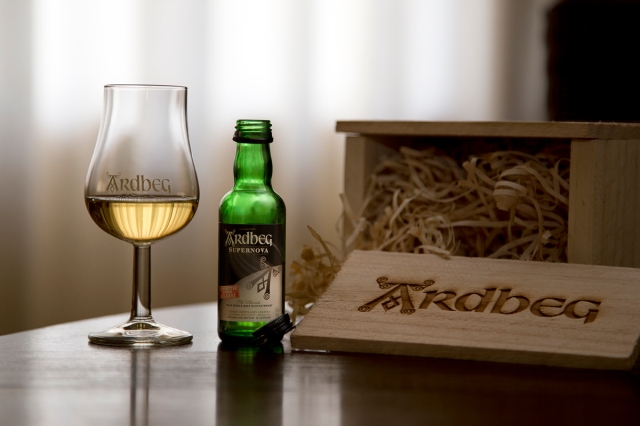 With the cult following (and sometimes astronomical prices) of the two previous Supernovas, I’ve never actually tried them. As a result, I’m approaching this new SN2014 release with somewhat fresh eyes (and nose and tastebuds). That could actually be a good thing though, as I won’t be comparing this new release to the Supernovas of years gone by.

What’s in the bottle

So what do we actually know for certain about this whisky? Not a whole lot to be honest. It’s bottled at 55% ABV and is ‘limited’, but other than that, we don’t know its age or how many bottles were produced, nor do we know what kind of casks it’s comprised of, or the level of peating the malt has been subjected to (ppm). 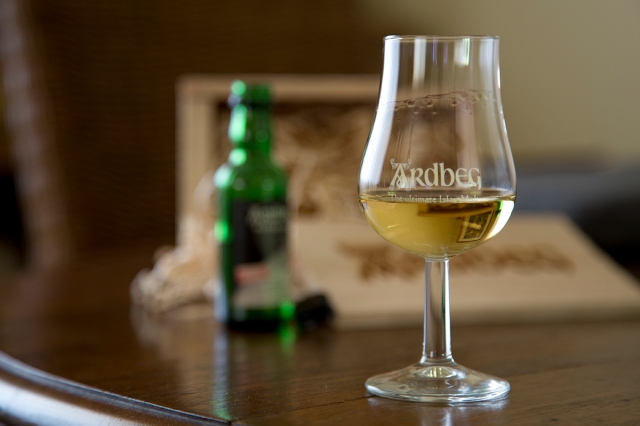 On one hand the whisky nerd in me really, really wants to know all of this stuff and more. On the other hand though, not knowing isn’t such a bad thing I suppose. I’ll be drinking it because it’s Ardbeg and I know I like Ardbeg, but beyond that, there’s no other detail getting in my way, setting subliminal expectations or clouding my judgement.

When first poured I found this immediately smoky and charred. It’s ashy and peaty, but in a real dusty and earthy kind of way – not in a saline heavy, charred meat or medicinal fashion. A second nosing delivered hot coals, some hay/grassy notes and something akin to charred zesty lemons. After a good few minutes in the glass the smoke subsides (ever so slightly) and some sweeter vanilla notes become apparent. This become a lot more balanced, malty and complex with some air time.

First sip is oily, immediately followed by a decent amount and heat of spice right at the tip of my tongue, along with some sweet yet salty brine notes. As soon as you swallow that mouthful though – wow – hugely smoky, more so than the nose suggests. It’s bittersweet, immediately drying, tangy and charred.

I found the finish on this almost came around full circle, bringing to the palate those drying earthy hay notes from the nose. The peaty coal smoke lingers for the full length of the warming finish. I felt as though I could notice a definite lineage to the classic Ardbeg Ten, but there’s no way you’d ever confuse the two.

When, where and how much?

The Ardbeg Supernova 2014 goes on sale in Australia in December. It’s available through Ardbeg Embassies or direct from Moet Hennessey Collection online at a retail price of AU$240. Whilst I haven’t been able to confirm the exact number of bottles landing on our shores, I’ve heard rumours of it being in the hundreds, so no dilly-dallying if you want one!