Thanks to a pesky little thing known as the TTB database (the United States’ online database for liquor label approvals), the annual Ardbeg Day releases have become the industry’s worst kept secret, with mock-up labels leaking online months in advance of any official announcement. 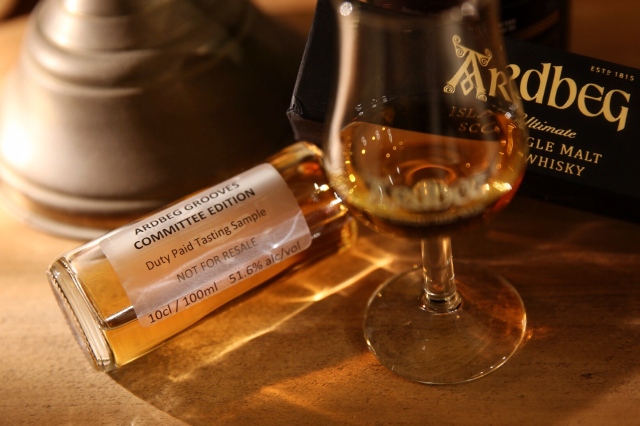 I too am guilty of scouring the database in moments of boredom, and when I spotted the mock-up for the 2018 Ardbeg Day release – Grooves – on there last year, I thought Ardbeg had well and truly lost the plot. What kind of name is ‘Grooves’ I thought? And how the hell are they going to craft a marketing story around the flower power movement? As more info has started to come out, it’s starting to make a bit more sense.

What’s in a name?

“This year’s Limited Edition festival bottling is a deeply mellow dram.. It has been matured in ex-wine casks that have been intensely charred to form heavy grooves in the surface of the wood, releasing flavours of smoked spices, distant bonfires and chilli-seasoned meats”

I’d normally have to just sit back and be satisfied with that level of detail, but thanks to a little trip across the ditch to New Zealand the other week (for DramFest – more on that one soon!), I can bring you a little more.

Before lunch one morning, an impromptu little Ardbeg tasting took place in Christchurch and the guest of honour was none other than the creator of this very whisky, Dr Bill Lumsden himself. In one of three plain-packaged bottles, a mystery whisky awaited us. As we eventually made our way on to the third sample, it was revealed that we were actually the first consumer group in the world to be tasting the standard (46%) release of the new Ardbeg Grooves! Groooovy baby! (Sorry, you should’ve known that was coming at some point..)

In taking us through the dram, Dr Bill elaborates ever so slightly on the marketing spiel above, but at one point he lets slip that Ardbeg sourced the uniquely grooved casks for this release from their friends at Brown Forman. That got the ‘ole cogs turning in my head. Didn’t someone else use a ‘grooved cask’?.. Indeed they did, and it was Jack Daniel’s with their Sinatra Select that came out a few years back.

In that story, Jack Daniel’s used “unique Sinatra Barrels that have deep grooves specially carved into their staves to expose the whiskey to extra layers of toasted oak”. If you’re struggling to picture what a ‘grooved cask’ looks like, here’s an image (I knicked off the web) of the casks Brown Forman created for the Jack Daniels Sinatra Select. 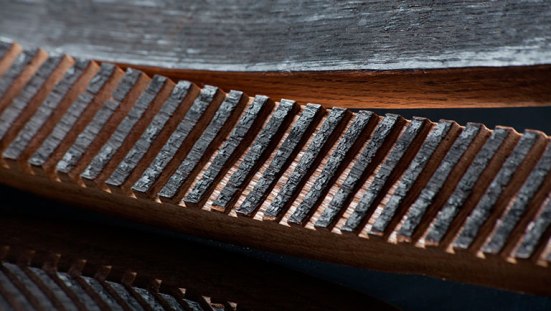 You probably know where this is going, but Jack Daniel’s just so happens to be owned by Brown Forman! A bit of a coincidence, eh? I’ll let you draw your own conclusions, but despite the marketing descriptions being a bit different, I reckon there’s a fair chance the casks used in the new Ardbeg Grooves share a strong lineage with those used in Sinatra Select. Time to give this thing a proper whirl.

I don’t normally comment on colour, but the new Grooves has an incredibly alluring copper hue. Sitting in the glass it’s warm and almost iridescent .

Straight away on the nose it has the hallmark Ardbeg dry smoke. Behind that though, I get charred citrus, a hint of liquorice, smoked muscles (the ones from Loch Fyne!) and a sweet element; perhaps a smoky orange marmalade and some apricot jam. Coming back to it over the course of half an hour, I find a certain mineral quality to it as well. Crushed gravel, graphite and stagnant rockpools. There’s a lot going on here.

On the palate it’s immediately oily, but suddenly hits with an effervescent, fizzy note. White pepper and tangy brine. A few moments in and I get what I can best describe as a briny black forest cake that’s been charred to a crisp (dark fruits, a saline mineral tang and heavy char, with a healthy dose of powdery dark chocolate and cherry jam). The finish is incredibly long and full of residual sweetness, sooty, tangy ash and leather. It never turns overly oaky or drying. 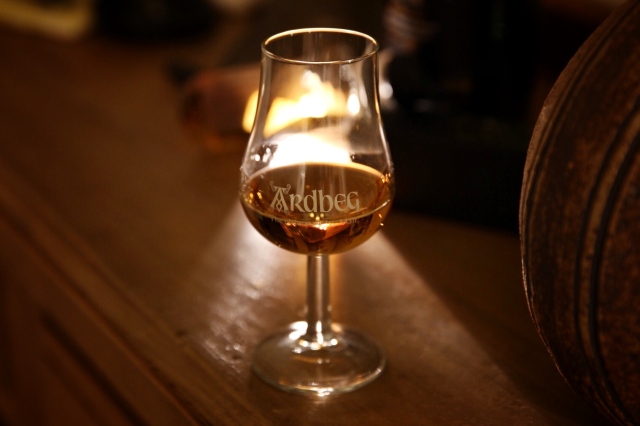 The new Ardbeg Grooves will be released to Ardbeg Committee members this month (I believe), but at this stage I don’t have any further details on pricing. Post will be updated in due course. A big thanks to Moet Hennessey Australia for the advance-sample tasted here!