We’re pretty lucky here in Sydney when it comes to whisky tastings. It’s seems like every other week there’s a tasting happening somewhere catering to all tastes and all levels of whisky appreciation, from beginners to diehard fans. That’s great for the consumer, but it also means that the ‘market’ can feel a little saturated at times and some of the different offerings seem to meld into one. There are a few that continually stand out though and one of those are the events hosted by Dramnation. 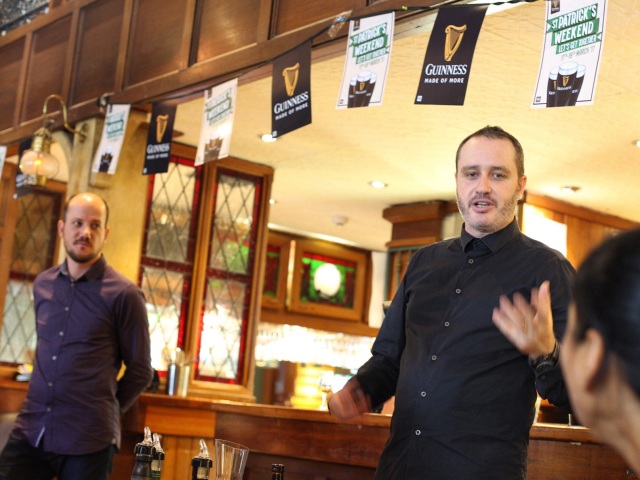 Mainly based in Sydney’s Hills District (but also holding events closer to the CBD), Dramnation have carved a nice little niche for themselves by really focussing on the enjoyment of whisky, especially when it comes to enjoying it alongside food and other beverages.

Ive been to a couple of their events now and was recently invited along as a guest to their Southern BBQ Boilermarkers session. The premise here was simple; three bourbon or rye whiskies matched with three craft beers and three bourbon inspired bites. For this particular event, the whiskey came courtesy of Brown Forman stable and the beers were all from Mountain Goat, so we knew we were in for some quality drinks. 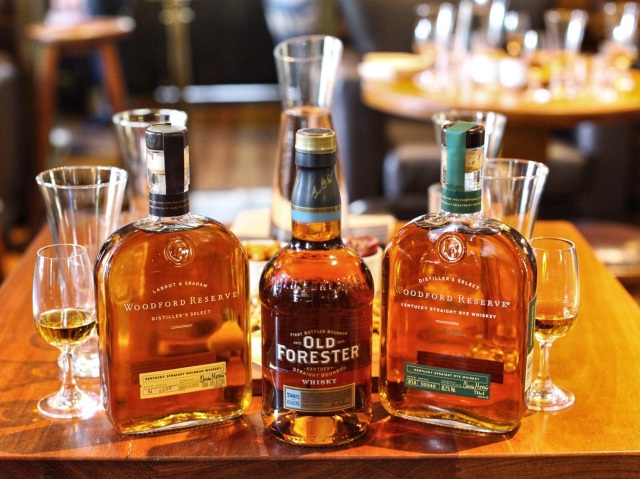 As we entered the old pub section of The Fiddler we were treated to the Dramnation take on a Kentucky Mule, a refreshing and ridiculously drinkable cocktail made with bourbon, ginger beer fresh lime and mint. 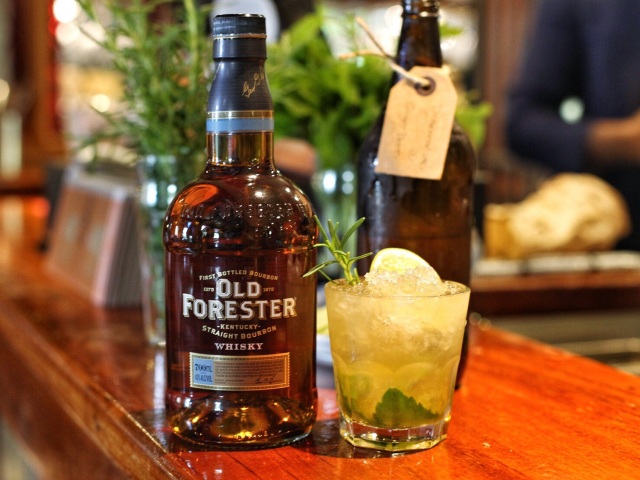 A brief introduction followed before we jumped right in to the first pairing (is it still a pairing when there’s three items?). Old Forester’s original 86 proof bourbon was lined up with Mountain Goat’s Pale Ale and a fresh batch of Southern BBQ Beans. These were no ordinary beans though, jam-packed with flavour, a healthy dash of Old Forester bourbon and further cooked in the smoker for an hour with the lid off. Delicious! 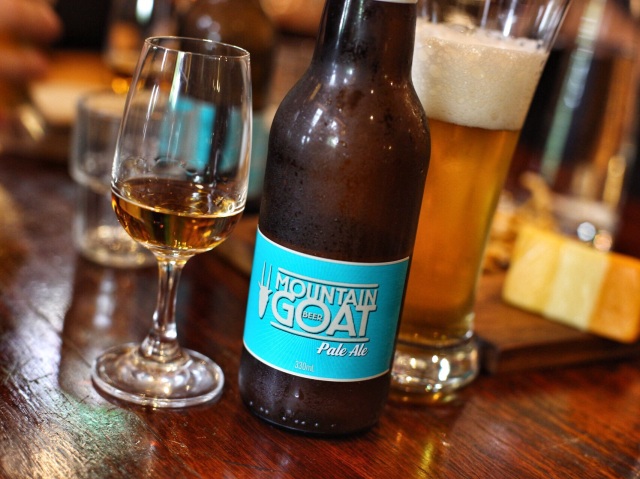 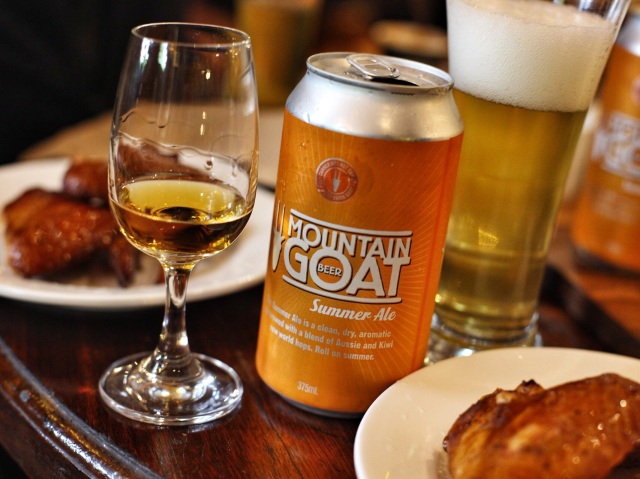 Rounding out the afternoon was my favourite of the trio, Woodford Reserve Rye paired with Mountain Goat’s Fancy Pants (a fantastically malty English style amber/ red ale) and Matt’s very own bangers and mash. Not just any old bangers and mash though! I’m talking sour cream whipped mash with a hot-smoked pork sausage, bourbon onion gravy and a sprig of rosemary. Seriously one of the most comforting things I’ve eaten in a long time! 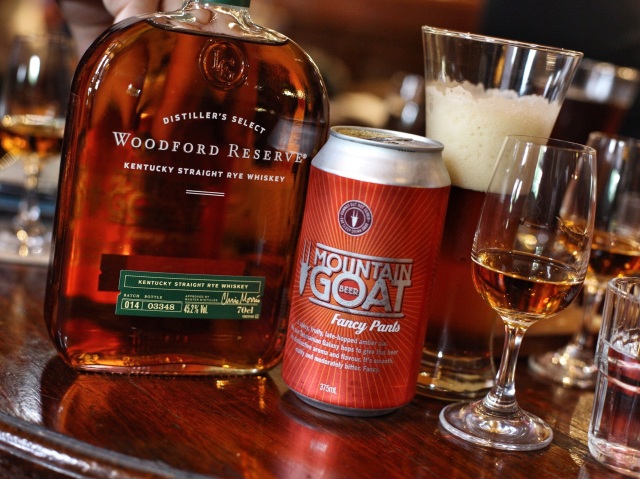 I had to take off not long after, but the afternoon finished off with a lucky-door draw for a portable charcoal BBQ and I’m told many stayed put for a couple more rounds and some good banter. 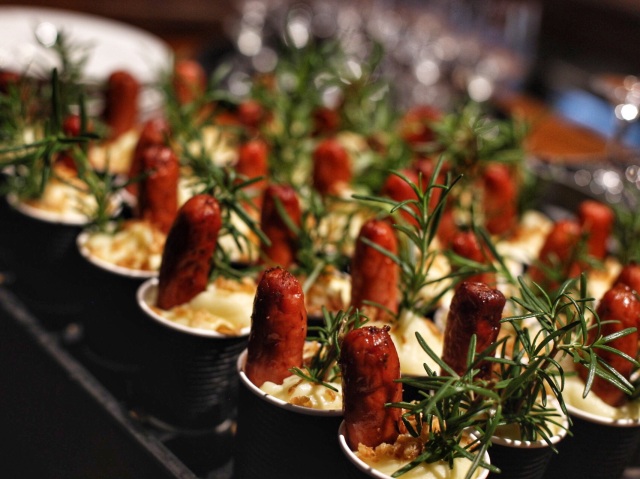 I really like classroom or educational-style tastings, they definitely have their place and they’re great when you really want to sit down and study a dram. But let’s face it, the vast majority of the time when you pour a whisky at home that’s not the kind of environment you’re in. You’re more likely to be in an environment like this, one with some tasty food around or a cold brew on hand and Dramnation have really nailed it, playing nicely to that relaxed, comfy vibe – all for the very reasonable price of just $55, or even less ($45) if you booked yourself an early-bird ticket. 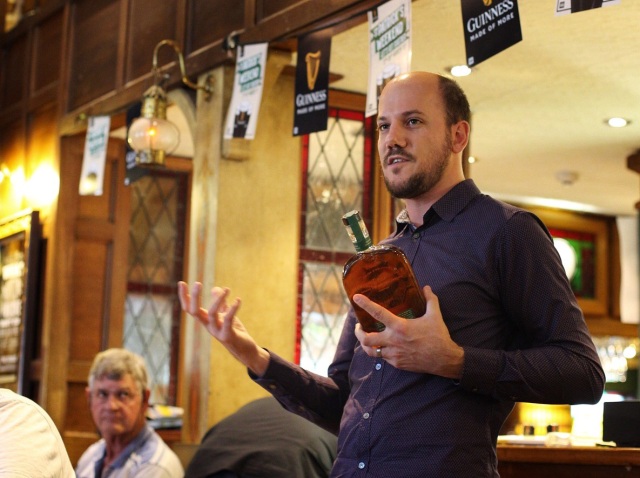 For good whisky, good food, good venues and good times, jump onto dramnation.com and book yourself and a couple mates into one of their many upcoming events. You won’t regret it.

Like Loading...
Jack Daniel’s, one of world’s iconic whiskey brands, celebrates it’s 150th anniversary this year. And even though Sydney Australia is a mighty long way from Lynchburg Tennessee, we were very privileged to have Chris Fletcher – Jack Daniel’s Assistant Master Distiller – in town recently to help us raise a glass and celebrate the milestone. 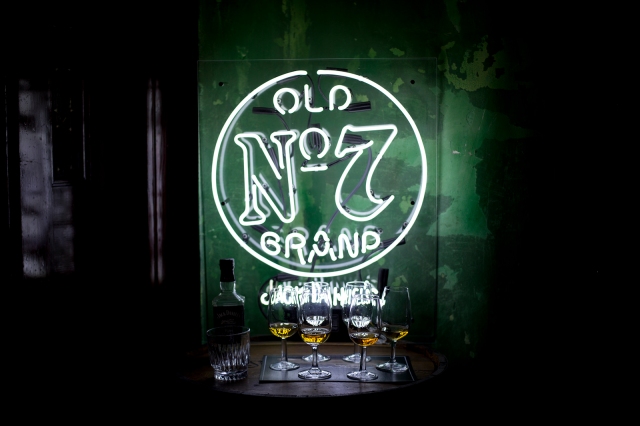 Kicking of his first ever Australian tour in Sydney, I received an invitation to what was billed as a ‘time travelling whiskey experience’, one that would take us on a ‘journey through 150 years of craft and cocktail culture’. I’m not going to lie. When I first read that description I honestly thought it was just crafty marketing-speak for ‘come along to a rad Jack Daniel’s tasting hosted by Chris’. Boy was I wrong. Very, very wrong. I’m going to struggle to put this experience into words, but pour yourself a Jack, sit back and I’ll do my best to convey it.

The night started out along the lines of what I had originally expected. Arriving at Hotel Harry we were politely ushered upstairs to an ultra-rustic yet cosy room where tasting glasses lay in wait. 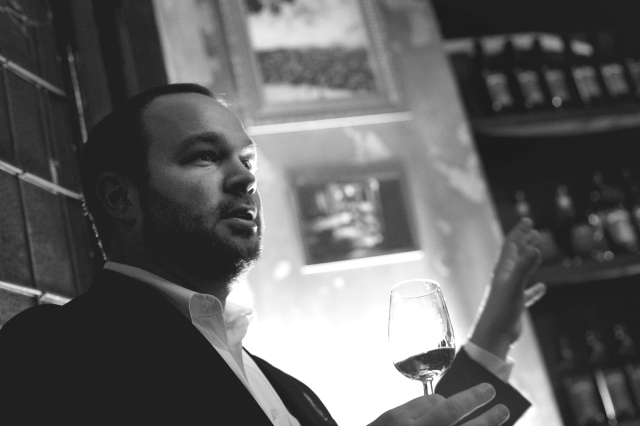 Chris greeted us, filled us in on his background and ran us through the process of what makes Jack Daniel’s, well, Jack Daniel’s – their sugar maple charcoal mellowing process (check the link, there’s some pretty cool videos). 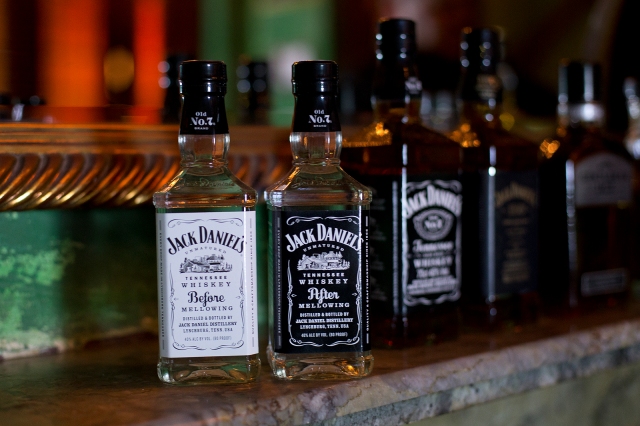 Not only did we get to hear about this process, but we also had the chance to sample their new make spirit (aka white dog) both before and after charcoal mellowing. Having tasted the before and after samples I can attest to the difference it makes. Before mellowing, the new make has got some really pronunced grain notes, a prickly herbaceous quality to it (almost mezcal-like) and let’s be honest, it’s fairly sharp and somewhat astringent. After mellowing though it’s noticeably smoother, has a much rounder profile overall and really pronounced notes and favours of banana and apple. Fascinating stuff. 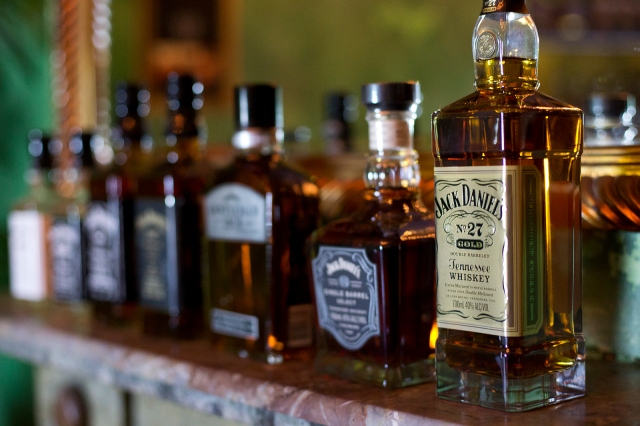 Following the new make sampling, Chris moved us on to some current expressions from Jack Daniel’s core range; Gentleman Jack, the classic Old No. 7 and their Single Barrel Select. Last in the lineup was the limited release No. 27 Gold which we’d just taseted when the door swung open to the sight of a rather disheveled looking sleep-walker. That’s right, a stumbling character, mid-dream, dressed head to toe in his pyjamas. 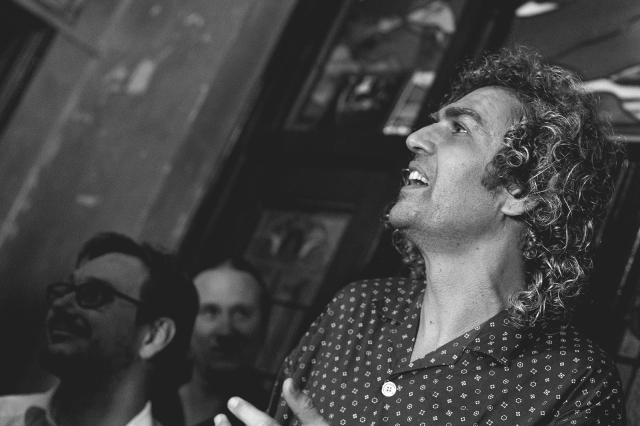 Unbeknownst to me at that stage, but our dishevelled friend was here to actually take us on that time-travelling journey through his memories of years gone by. We blindly obeyed, following him up some stairs whilst he theatrically reminisced about the early 1920s through to the days of prohibition. Before we knew it we’d rounded door number one where he encouraged us to enter, but only after giving a secret password. 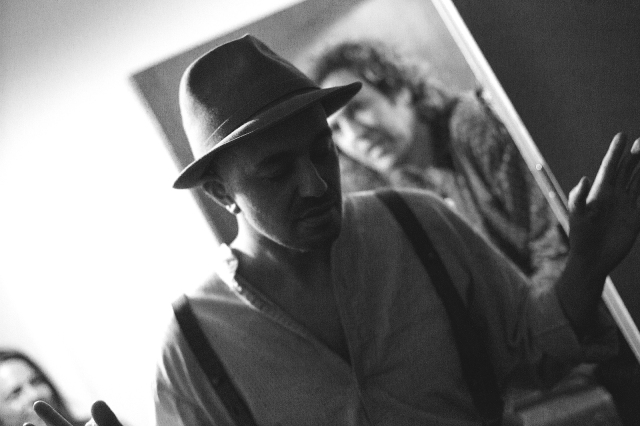 We knocked, the door opened a crack. A shady-looking chap asked for the password and we were ushered inside where a bootlegging duo gave us some insight into the life of a booze-runner. We go the run-down on the origins of the Old Fashioned (apparently it used to be considered a breakfast cocktail?!), solved a puzzle using jars scattered throughout the room and then got to enjoy our very own Old No. 7 libation. It wasn’t long though before the door burst open once more and our dreamy friend had us on the move, leading us down a corridor this time to door number two.

Door number two looked remarkably like the first, but we’d travelled a few decades in the process and were greeted by none other than Mr Frank Sinatra. 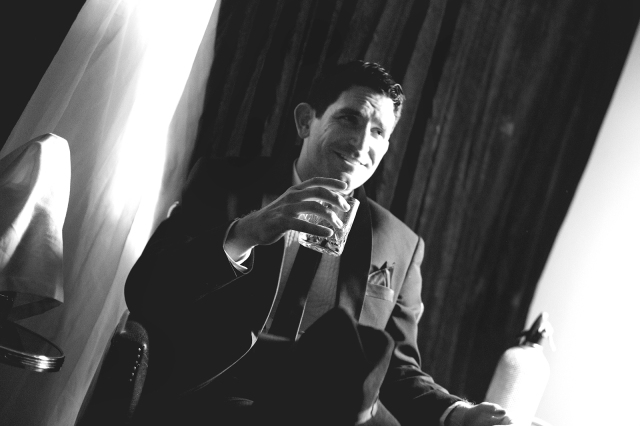 It was now the 50s, Vegas was the place to be and Frank was chaperoned by a young dame with a heavy New Yorker accent (uncannily similar to that of George Costanza’s mother). Between their entertaining banter Ol’ Blue Eyes had us fix him a drink, just the way he liked it; two ice cubes, two fingers of Old No. 7 and a dash of water. Rumour has it that Frank was such a fan that he’s actually buried with a bottle of Jack. 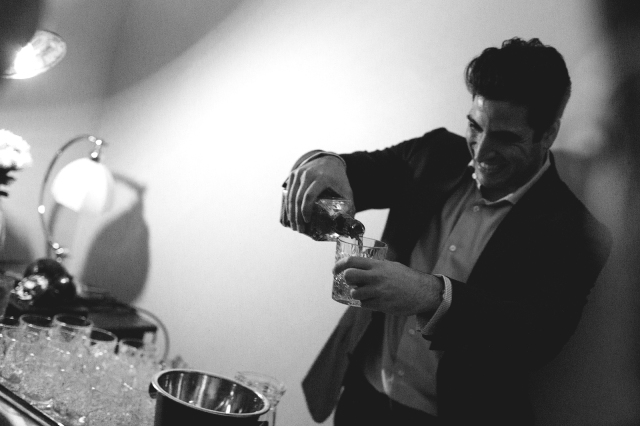 In our glasses though, we were treated to neat pour of the Jack Daniel’s Sinatra Select, a premium expression containing barrels that were personally selected by Frank Sinatra Jr. Just as Frank broke into a ditty our dreamer entered once more, the actors froze and we were transported down the hall to room number three. We’d time-travelled a few more decades in the process and rock-n-roll awaited us.

Good old Jack ‘n Cola was the drink of the era and check out the presentation! 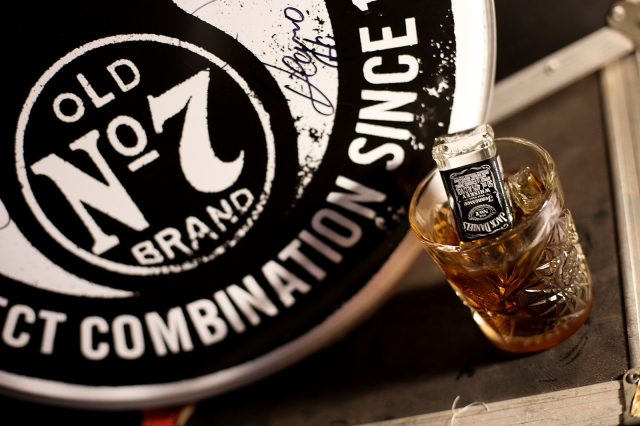 Our rocker friends Ziv and Sass welcomed us backstage and got us to come up with the name for their new band. I can’t remember what the winning name ended up being, but one lucky back-stager walked away with a bottle of Old No. 7 for their efforts. 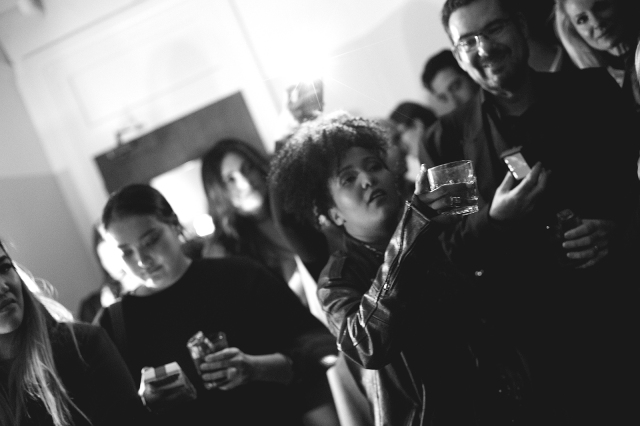 Our time travelling was over for the evening, but not before cocktails and canapés were served back at the bar. The evening ended with each of us being presented with a very special bottle of Jack Daniel’s Single Barrel Select, from a barrel that was personally chosen by Chris Fletcher to suit the Australian palate. I’ve not opened mine yet, but I’m told it’s rich, robust and full of flavour, so I can’t wait!

So, did this live up to the promise of ‘time travelling whiskey experience’ that would take us on a ‘journey through 150 years of craft and cocktail culture’? You’re damn right it did. Each step of this journey I took a brief moment to scout the room and it was impossible to miss the grin on everyone’s face. This was a genuinely fun and memorable tasting experience that I won’t be forgetting any time soon. 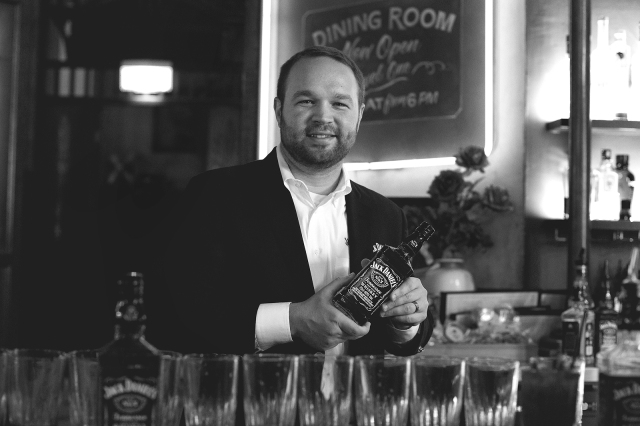 A big thanks to Chris for making the effort to come and visit us down here in Oz and also to the Brown Forman and SoundCampaign teams for making it all happen and inviting The Whisky Ledger along for the ride.

This event was also free to the public and was advertised on The Whisky Ledger’s Facebook page, so if you like the sound of it and would love to be involved in future events, head on over and like our page to stay in the loop.