The back-story to this year’s Ardbeg Day whisky – the Dark Cove – is one of smuggling, mystery and illicit activities. So it probably shouldn’t come as a surprise that the Ardbeg Day event in Sydney was well and truly shrouded in a big cloak of mystery. 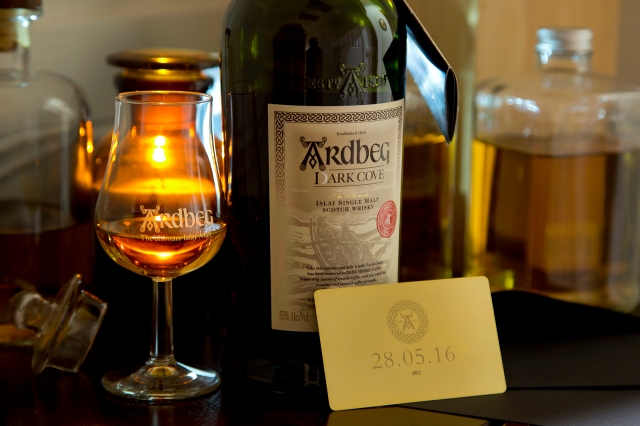 In the lead up to the event I received a ‘save-the-date’ email simply with a date in it. No further details. Nada, zip. A week later, a credit card-sized golden token arrived featuring a number and an RSVP email address on the reverse side. There aren’t too many things in this world I would blindly RSVP to. But a Charlie and the Chocolate Factory meets James Bond gold card Ardbeg Night invitation? Yeah, that’s certainly one of them! 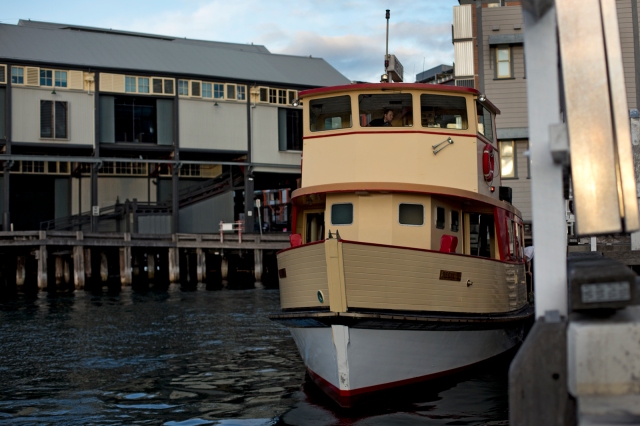 At this stage I knew I’d be catching a boat and that I had to be at the wharf for a 4.45pm departure. Beyond that, I had no idea what would be in store. 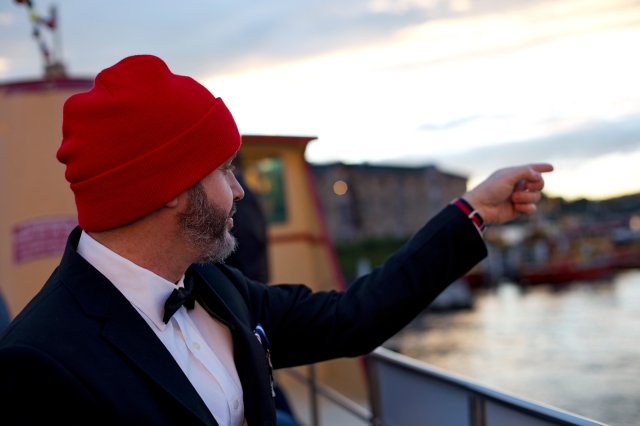 Arriving at the wharf, Steve Zissou and I boarded our Wes Anderson-esque pleasure craft bound for the rocky shores of.. somewhere? We braved the chill on the upper deck, keeping an eye out for our destination. A-ha, thar she is! Good ole Goat Island! 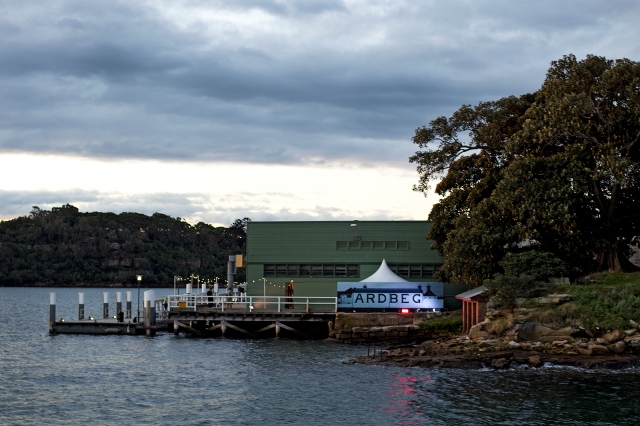 Our Ardbeggian warehouse was decked out with back-to-back bars serving a trio of different cocktails prepared by the crack bartenders from The Whisky Room and Stitch Bar. 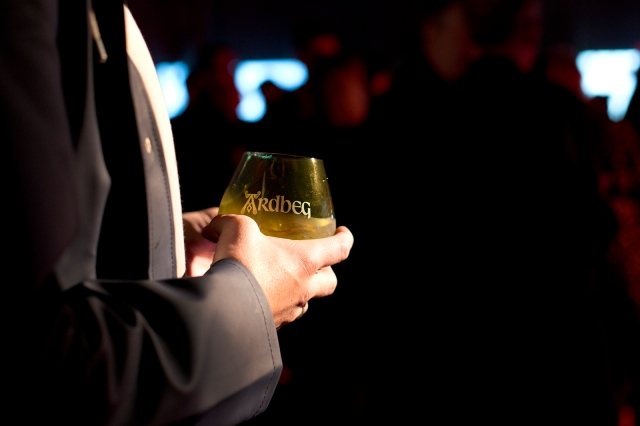 All three offerings showcased the Ardbeg 10 year old, but the coconut fat-washed Ardbeg, Amaro Montenegro, pineapple concoction was a highlight for me. 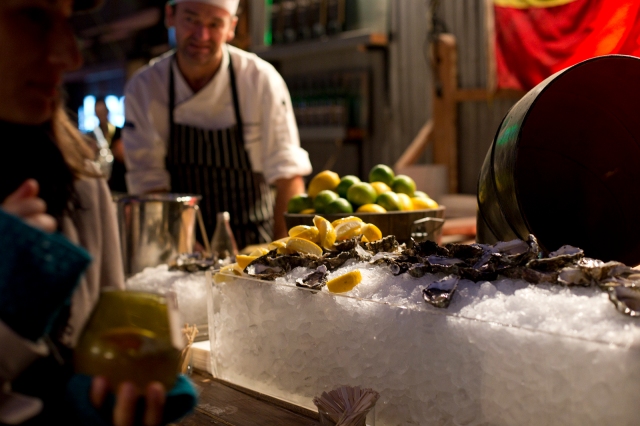 An oyster bar, roving waiters with canapés and a few different game stations were positioned around the space. As with previous years, the latter offered punters the chance to win themselves some pretty awesome loot like this Ardbeg Night t-shirt! 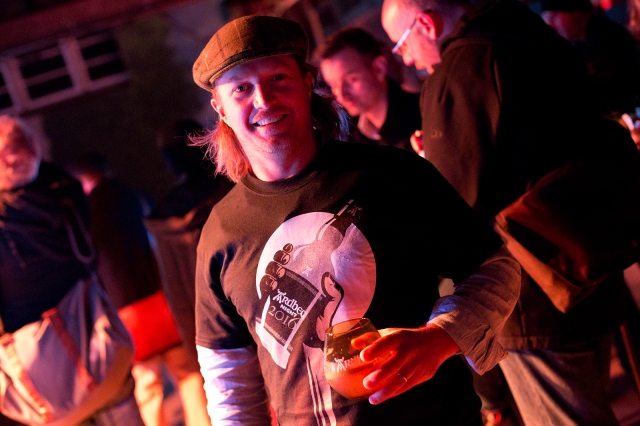 Well into the evening a smugglers soundtrack rang out and the caged Ardbeg stash was busted open, revealing the new Ardbeg Dark Cove. Cellarmaster of the Scotch Malt Whisky Society, Andrew Derbidge, talked us through the dram and with a hearty cheers we got to sample the new general release of the Ardbeg Dark Cove. 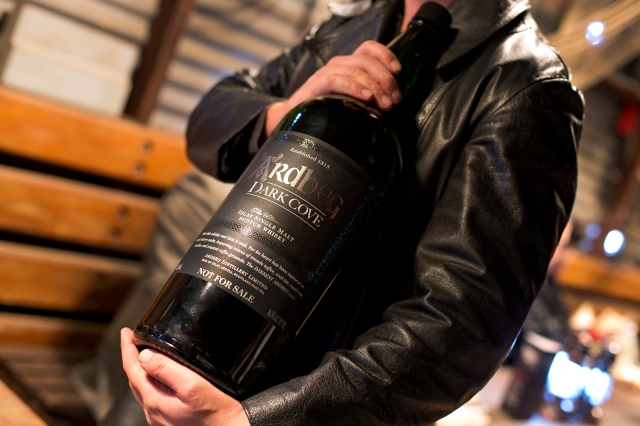 I previewed the Committee Release here and now having sampled the general release I’m genuinely surprised at the difference 8.5% in ABV can make. The Committee Release hits you with that smoky cask strength oomph, whereas the standard release has a finessed balance to it that makes it almost too drinkable. Both delicious in my opinion and one of my favourite modern Ardbeg Day releases. 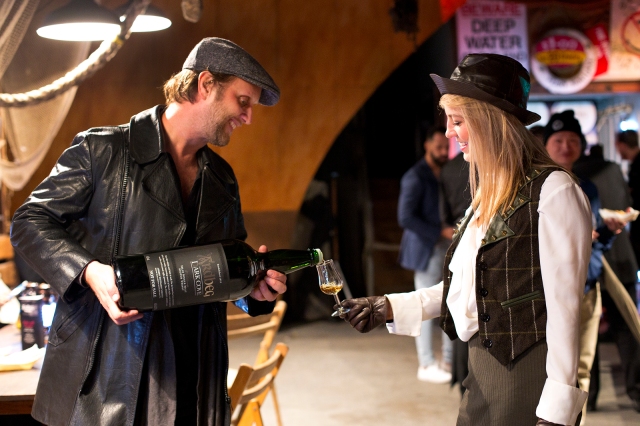 Returning to shore we shook off those sea legs and made a bee-line for Stitch Bar, one of Sydney’s official Ardbeg Embassies, where the after party was in full force. 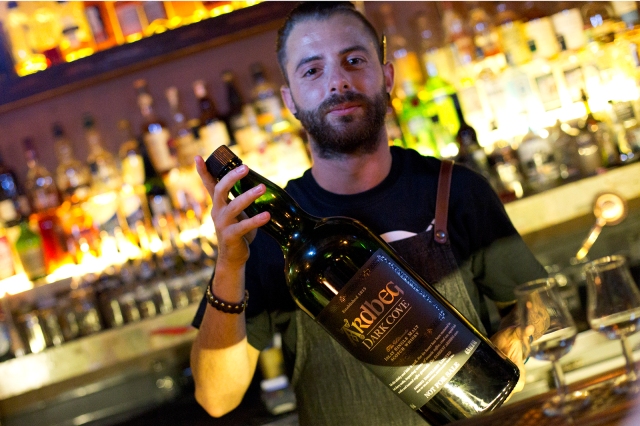 Another Rehaboam (4.5 litres) of Dark Cove was behind the bar at Stitch, along with more great cocktails and fun times. 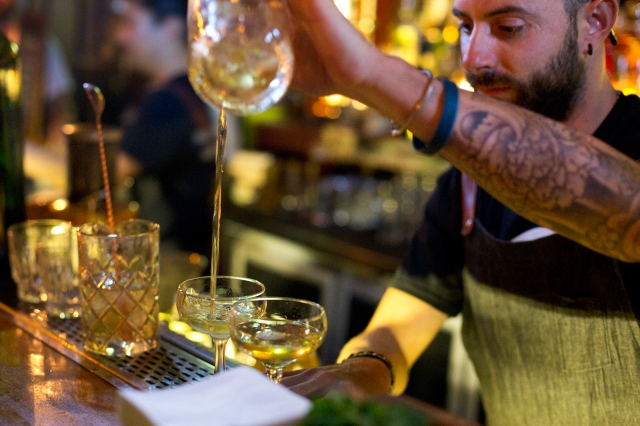 Another truly epic Ardbeg Day (Night) celebration in Sydney. The crew at Moet Hennessey and EVH PR somehow manage to out-do themselves every year (see here and here). I dare say this was the best one yet! A sincere thanks goes to you both for smuggling me in.