The Glenlivet – Australia’s best selling single malt – recently launched their newest expression in style at an intimate gathering held in a private penthouse in Sydney’s Elizabeth Bay. The Founder’s Reserve is a new, No Age Statement (NAS) single malt which has been introduced to replace the classic 12 year old expression as the entry point into The Glenlivet’s extensive core range.

The evening’s guests ascended to the penthouse in a mirrored elevator. The doors opening to reveal a lavish space filled with oversized art, the flicker of a fireplace and floor to ceiling glass offering up stunning views across Sydney harbour.

Around the corner, our private bartenders whipped up trays of ‘Founders Keepers’ cocktails. Think of them as The Glenlivet’s homage to the classic Tom Collins. Served tall, the recipe comprised of The Glenlivet Founder’s Reserve, peach liqueur, Lillet Blanc, apricot jam and lemon juice, topped with a splash of soda. They were refreshing and balanced and I can already see this recipe being featured a lot as the months get warmer. 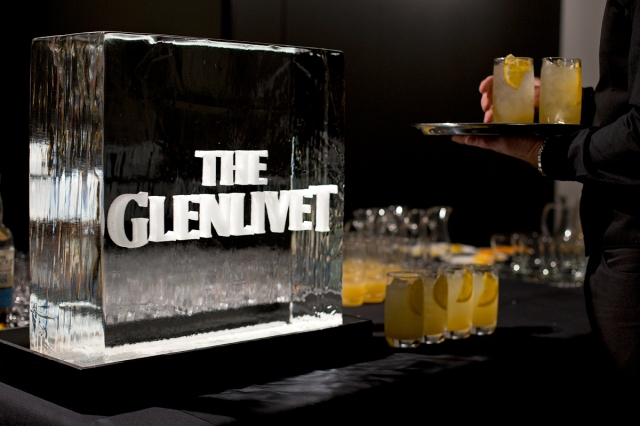 DJ Alice Quiddington set the mood, whilst a duo of chefs appeared to work effortlessly in the penthouse’s stone-clad kitchen, serving up some amazing canapés throughout the evening. The likes of which included herb crusted ballotine of salmon with Avruga caviar, milk fed veal crudo, and quince star anise orange tart tartin.

An hour in, Pernod Ricard’s Marketing Manager, Sladjan Maksimovic offered guests an official welcome before The Glenlivet’s brand ambassador, Ben Davidson, took centre stage. Ben walked us through a private tasting of the Founder’s Reserve, putting it into context by offering up historical overview of The Glenlivet brand.

So with a raise of the glass we toasted ‘sláinte mhaith’ (to good health) and welcomed The Founder’s Reserve into the fold. 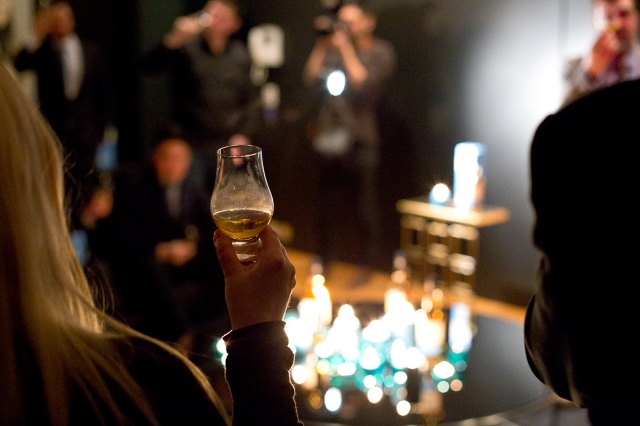 The nose presented me with tart apples, tinned pears and sweet tropical fruits, on a bed of sweet vanilla pastry. I also got a hint of citrus and some wood-bark oak notes at the back. I found the palate creamy and juicy, offering up more of those tinned tropical fruits, toffee sweetness and vanilla, with hints of bitter pith and a fair amount of drying wood.

As the evening drew to a close, guests were invited to sample some of The Glenlivet’s finest.

I’ve been fortunate enough to taste many of the expressions in this lineup before, but there were two that had eluded me, the new Nadurra Oloroso (at 60.7% ABV) and the elder statesmen, the XXV.

Some have griped at the loss of the 16 year age statement found on the ex-bourbon cask expression, but age statement or no age statement, this new Nadurra Oloroso really is a fantastic whisky, especially when you consider the price point. A casual conversation with Ben and Sladjan revealed that fans of the cask strength Nadurra range can look forward to further one or two expressions in the near future, including one that really breaks with tradition – it’s going to be mildly peated!

Finishing the evening with a dram of The Glenlivet XXV, I stepped out onto the penthouse’s terrace, surrounded by fellow whisky lovers and had a few good laughs whilst looking out at the rippling waters of Sydney Harbour as the moon sat full in the sky.

The Glenlivet XXV is a truly luxurious and decadent whisky and it was an absolute treat to sample it. You know what though? At that moment in time, it would have made no difference to me whether I had the new entry-level Founder’s Reserve, or the range-topping 25 year old in my glass, as after all, simply sharing a tasty dram in great company is what whisky is all about, isn’t it?

The new Glenlivet Founder’s Reserve is available in Australia now at a recommended retail price of $64.99. A sincere thanks goes to The Glenlivet for having me as your guest.