I think it’s fair to say that Johnnie Walker are best known for their mainstay blended whiskies, the kind you’re likely to find on pretty much every back-bar across the globe. They’re not one to put their feet up and stop experimenting though. Their quest to continue focusing on developing and understanding alternative flavour profiles has led them to the launch of the new sub-range known as the Blender’s Batch series. 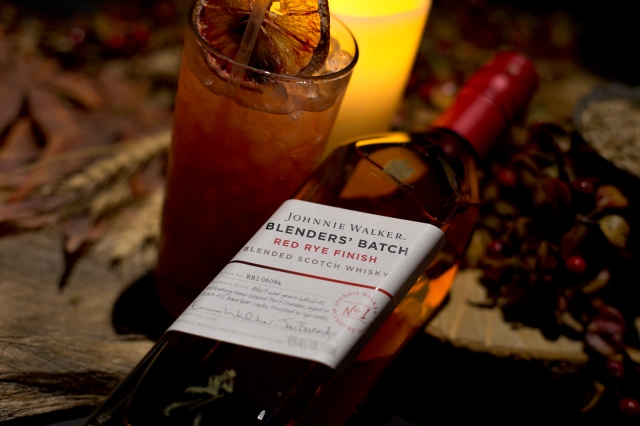 Johnnie Walker’s master blender, Dr Jim Beveridge, tells us that “At any one time, there are hundreds of experiments into flavour being carried out by our blenders which involve making adjustments to atmospheric conditions, the types of wood and grain used, cask finishes and other elements of whisky-making in the pursuit of exceptional new flavours.” 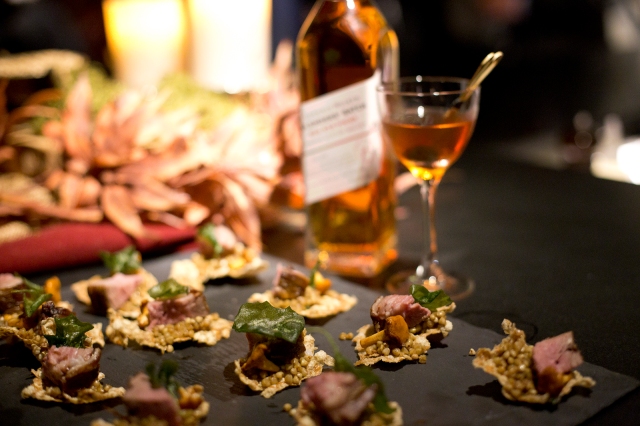 The first release in the series is the Johnnie Walker Blenders’ Batch Red Rye Finish, which is the result of experiments that have been conducted into the influence of bourbon and rye whiskey flavours, on Scotch. For the non Bourbon and Rye drinkers in the room, American whiskeys can often be characterised by their particularly sweet nature, something that comes from their use of alternate grains like corn and wheat and also from the fact that they’re matured in heavily charred, virgin American oak barrels. Rye whiskey (where the grainbill is predominantly rye) often carries notes of fresh mint, spearmint or dill and has a general spicy character that sets it apart from a low-rye whiskey. So even before tasting this new expression, I suppose I had those notes in mind when I spotted that it had a ‘rye finish’ 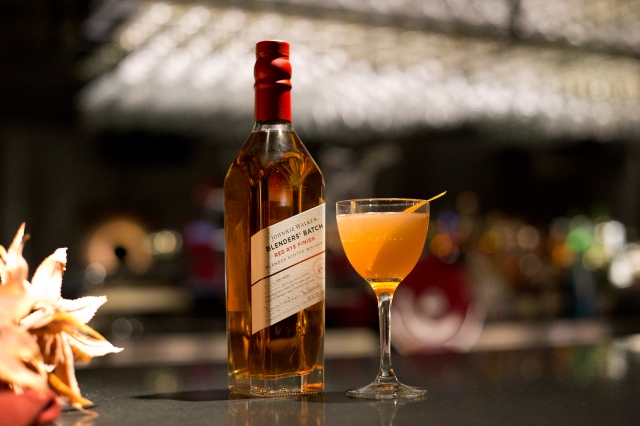 On the nose I got some sweet vanilla grain notes, runny caramel sauce and a hint of soft spice. Digging deeper, a touch of fresh pineapple, grilled peaches and maybe the faintest suggestion of mint. If I had to characterise the nose, I’d probably refer to it as round and creamy.
It’s fairly thin on the palate (to be expected given the low ABV), but it carries that creamy sweet grain profile nicely. A touch of spice (baking/ mixed spice), vanilla and some orchard fruits present themselves in what is a fairly balanced delivery.

What’s in the bottle

As for what’s in the bottle? I’m not entirely sure to be honest! But we’re told it contains a decent amount of malt whisky from Cardhu (the backbone of most Johnnie Walker expressions), along with grain whisky distilled at the now-closed Port Dundas distillery. For those of you playing at home, Port Dundas closed in 2010 so the grain component would have to be at least 5 – 6 years old. The remaining malt and grain components could come from any number of Diageo’s other distilleries, but any guess on my part would be purely that. The components were all matured in first-fill American Oak casks, before being finished for up to six months in ex-rye whiskey casks.

You’ve probably already guessed it from the photos, but I was recently invited along to the Australian launch held at the brand new Bouche on Bridge Street, Sydney. Sean Baxter, a man who’s equally enamoured with the idea of developing magical flavour profiles – as Jim Beveridge and his team – treated us to an evening of decadent food and cocktail pairings with some help from the Bouchon on Bridge team. 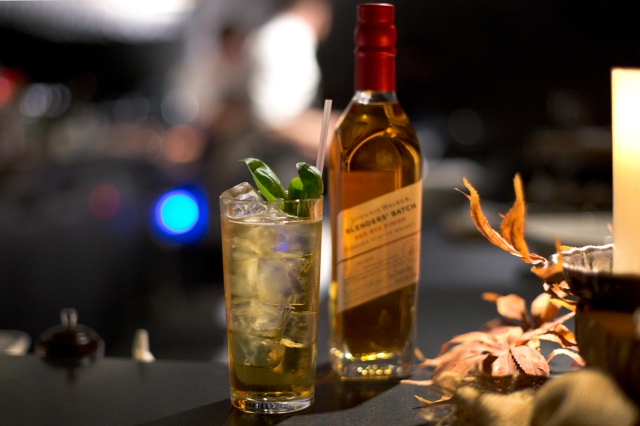 Sean made no secret of the fact that the Red Rye Finish can be used as a perfect mixing whisky and we got to see this first hand in a series of pretty smashing cocktails, such as the; 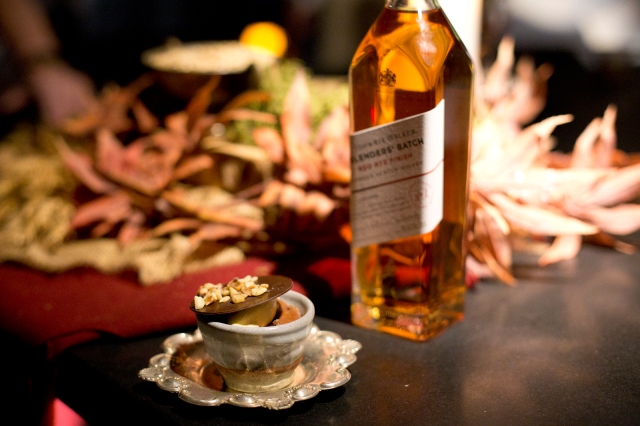 The new Johnnie Walker Blender’s Batch Red Rye Finish is already available in good bars and has started to hit shelves at a retail price of around AU$50 a bottle. For more cocktail inspiration using the Johnnie Walker Blender’s Batch Red Rye Finish, check out this link.
As always, a sincere thanks goes out to the team from Diageo and Leo Burnett for the generous invite to an enjoyably decadent evening.