Tasting some seriously old liquid from the ‘rare spirit hunters’

Just prior to Christmas I was invited along to something that promised to be rather special. But I didn’t realise quite how special it would end up being until I arrived and scoped-out the rarities on the table. But more on that in just a few moments. 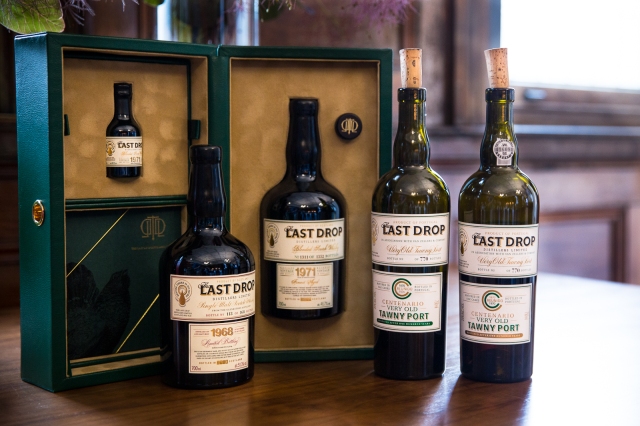 The event was held to welcome The Last Drop Distillers to Australia, and their extremely limited range of very old, very premium (and rather pricey) beverages to Australia. You’re entirely forgiven if you haven’t heard of The Last Drop Distillers, as their whiskies aren’t exactly the kind of thing you’ll find on supermarket shelves. They greeted the world back in 2008; the brainchild of two pioneers of the spirits industry – James Espey OBE and (the late) Tom Jago – and their ethos was simple. They were going to source and bottle the world’s finest, rarest and most exclusive spirits. Ten years later, they’ve risen to the challenge and continue to only offer liquid that they firmly believe to be unique, delicious and extremely limited in nature.

The Last Drop in Australia

We were very fortunate to have Rebecca Jago, Managing Director and daughter of the late Tom Jago in Sydney to share the above, and some of her personal stories, while taking us through the following extraordinary line-up.

First on our list was a 1971 Blended Scotch Whisky, that had an interesting back-story to it. This particular whisky was originally blended in 1983 as a premium 12 year old whisky for the American market, but after a portion was bottled, the remainder made its way back into 11 ex-Oloroso sherry butts where it sat un-touched for a further nine years. A small volume was again bottled at the age of 21 years, but for some reason a further parcel was held back; this time filled into nine ex-American Oak barrels. Another 24 years passed before the now dwindling parcel of whisky was discovered by The Last Drop, who then bottled it at 45 years old.

On the nose and palate this was completely convincing. A rich, flavourful blend that showed layers of complexity, no doubt brought about through a combination of great spirit, age and the complex cask treatment it had been through over the previous 45 years. Two minor issues with this one – 1) me consuming it with too much gusto, and 2) not having more in my glass to savour! 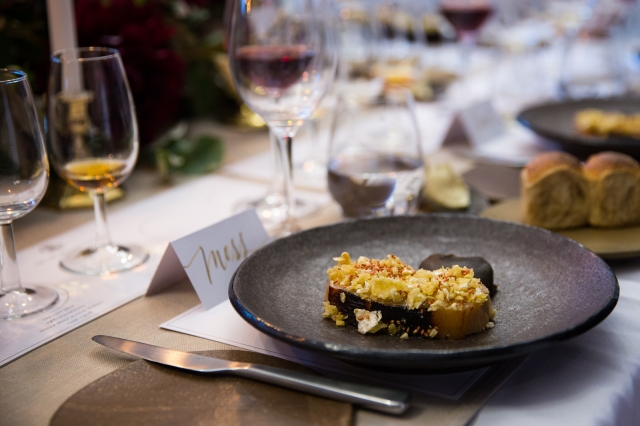 If the blended whisky wasn’t special enough, we were also treated to two 1968 vintage Glenrothes, which form part of trilogy which The Last Drop will be releasing over three consecutive years. Approaching whisky of this age, I’m always quite skeptical as not all whisky can withstand 50 years in an oak cask and it doesn’t always end well. I’ve been very fortunate to try a number of whiskies aged between 40-60 years and there are only a handful that I’d genuinely want to drink again and again. These two fall into that category.

The nose and palate were well and truly still alive with notes of earthen floor dunnage warehouses, old oak, and overripe tropical fruit, fleshy stone fruit, marmalade, liquorice straps, apple skins and baking spice. They both shared an awful lot in common and were an absolute treat to try.

As dessert was served, Rebecca introduced us to something a little bit different, two Tawny Ports which represent The Last Drop’s first foray into fortified wine. The two bottles of port are presented as a set and hail from the Douro valley in Portugal.

Why the two bottles? Well, to provide their lucky owners with the chance to indulge in what has to be a once in a lifetime kind of experience. One of the bottles is a 1970 vintage, which in itself is a mighty special thing. However, the other pre-dates it by 100 years and is an 1870 vintage. Yes, 1870, allowing you to taste the effect of 100 additional years of ageing. Having had the privilege to try both, side-by-side, I can confirm it’s a mighty special thing indeed.

The 1970 is still vibrant and full of bright fruit notes, honey, sticky plums, berries and the perfect amount of acidity. The 1870 vintage is almost like a reduced, caramelised version of its younger sibling. The viscosity is unreal; it’s syrupy, incredibly rich and is like a glass of liquid flame raisins.

If you’re in the market..

Apart from needing to taste exceptional, all releases that come out from The Last Drop have to have pedigree and flawless provenance and authenticity. Such is their criteria that since 2008, just 12 ‘last drops’ have been released, encompassing some incredibly rare Scotch whiskies (such as this 1967 Glen Garioch I tried a few years back), along with some very rare cognacs.

The trio shown above will all be available through Dan Murphy’s here in Australia, starting at $5,000 RRP for the 1971 blend. Expect to see some further interesting releases from The Last Drop in 2019, possibly even including a super premium Bourbon!

Nineteen sixty-seven. It was the year the Shelby GT500 Mustang first rolled off the production line, Rolling Stone published their first magazine and Nirvana front man Kurt Cobain was born. It also happened to be the year Glen Garioch filled an ex-bourbon hogshead with some new-make spirit and set it aside to slumber.

That cask then sat there in a dark warehouse, quietly maturing for 47 years before luxury independent bottlers, The Last Drop, decided to bottle it and release it to the world. It also marks the first time that The Last Drop have bottled a single malt whisky, with all previous releases from the company being super luxury blends (like the 1960 blend, or The Last Drop 50 year old blend).

Although the industry moves at a comparatively slower pace to the rest of the world, a fair bit has changed at Glen Garioch in the last five decades too. Their malt is no longer peated, they no longer floor malt their own barley and their stills are now gas fired (they were actually the first distillery to switch over to gas-fired stills back in 1982). 47 years of maturation aside, the actual base Glen Garioch spirit would be quite different today compared to what they were making back in 1967, so getting the chance to taste this is a rare treat indeed.

So without further ado, let’s give this a whirl.

The nose is dense, rich and round with a lovely depth of sweet fruit, malt and oak. Ripe stewed stone fruit (like caramelised peaches, nectarines and apricots), thick sweet honey, malt and oak with an underlying kiwifruit tang. For me it invoked thoughts of a warm bowl of porridge, drizzled with honey and topped with fruit. A surprising amount of sweetness and balance for something so old.

The palate really caught me by surprise, primarily for its disconnect with the nose. I found it immediately oily and silken. Flavour-wise, the delivery caught me by surprise with everything seeming to arrive at once; sweet honey, tropical fruits (mango and papaya) and a hefty amount of peat presenting as coal and iodine. The sweet fruits fade to a long, drying peated finish.

The Last Drop 1967 Glen Garioch is available exclusively through Dan Murphy’s and carries a recommended retail price of AU$9,000. So you can do the math on the 10ml sample you see in these pictures (that’s right, you’re looking at more than AU$120 worth of whisky in that glass!)

With just 118 bottles in the world, I think it’s safe to say that many are likely to remain unopened in collections or shops around the world, so to get the chance to taste this is pretty special indeed. A sincere thanks to The Last Drop and DEC PR for providing the sample pictured here.