Seeing as though The Whisky Ledger is based in Australia, I thought it would be fitting to make one of the first entries a local whisky. This little gem hails from Australia’s only ‘highland’ distillery, Nant, which can be found in a quaint little Tasmanian town called Bothwell.

After heading an hour north of Hobart, you put your faith in your GPS and turn off a sealed road onto a slightly dodgy-looking dirt and gravel track. After a bit, your GPS starts blinking and telling you that you’re no longer driving on a road of any description. Stones start to flick up and clank against the side of your car and you start thinking about that little clause in your hire-car contract about avoiding roads like this… then before you know it, you’re greeted by this. 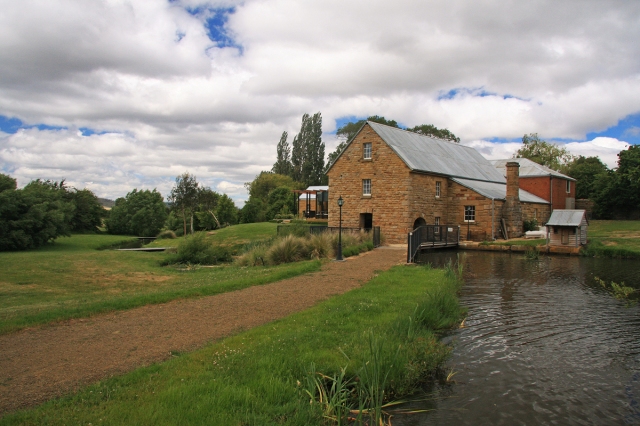 I could go on for pages about the distillery itself, it’s just spectacular and has some great history behind it. I’ll save that for another time though, as this post is all about the liquid. 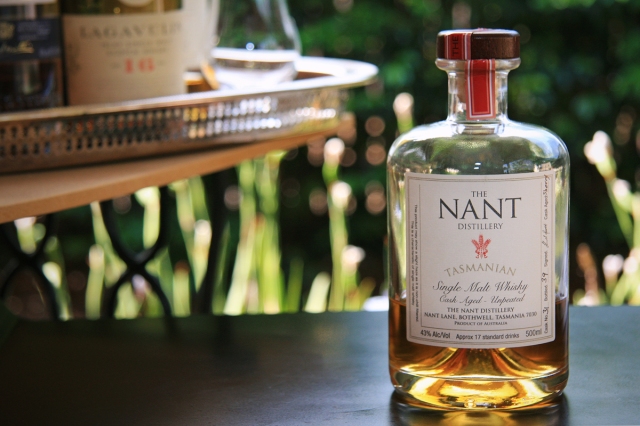 The Nant single malts have an almost apothecary styled presentation, not all that dissimilar to the Elements of Islay bottling. I like the fact they’ve gone down this path with a squat, broad bottle – something a bit different to your classic taller single malt bottles. 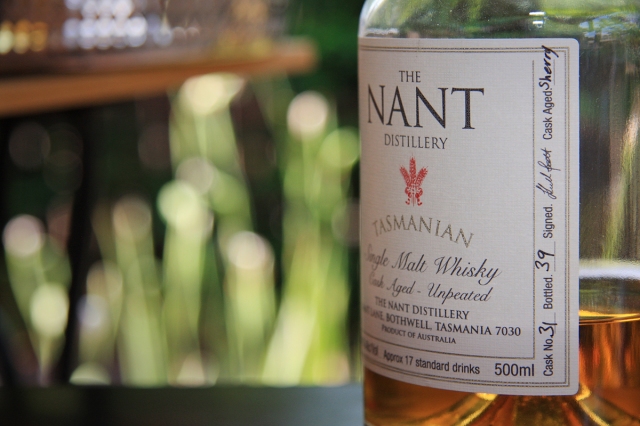 This particular bottle was from an American oak sherry cask, which was cut down and re-coopered in Australia to a size of 100 litres. The labels are hand numbered with batch and bottle numbers, so you really know that you’re about to sample some small-batch, craft distilling.

Easy to tell it’s a sherry cask, but quite different from the sherried nose you get on a Scottish single malt – it’s sweeter, lighter and slightly creamy – not that all out rich red-fruit kind of nose. You could almost say it’s got sherried-bourbon characteristics, which could have something to do with the fact it’s matured in an American Oak cask (albeit, an ex-sherried one). Really easy to nose this one for a while.

The nose carries through to the palate pretty well – nice medium mouth feel to it with some oils, initial sweetness, followed by spice and light alcohol burn. This release was pretty young (around three to four years), but it certainly doesn’t lack character.

The palate fades reasonably quickly to a long and slowly warming finish – you get this great, tingle at the front of your tongue, accompanied by a slightly creamy sherry coating at the back that just lasts and lasts.

This bottle has been open for around a year and has really evolved. At first it was a bit on the thin side and the younger spirit shone through, but with some air it’s really opened up and matured. It’s got some nice body to it now and those creamy sherry notes have become more pronounced.

I recently had the pleasure of re-trying their bourbon barrel cask-strength (which rates in the mid-90s by Jim Murray) and a port-cask version, bottled at 48% which had a pretty amazing palate to it.

There’s some really good stuff coming out of them there hills – one to keep an eye on for sure.