One evening, well over a year ago, I was browsing the online catalogue of a major drinks retailer when I spotted a few whiskies in their ‘Clearance’ section. One of them happened to be this 12 year old Longmorn bottled by Gordon & MacPhail, so I picked it up for around the AU$50 mark and thought I’d give it a go. 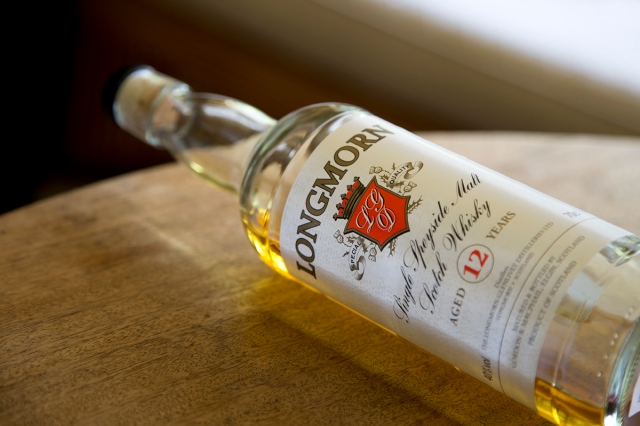 Aside from the official 16 year old (which is the only current official bottling), we don’t really see that many Longmorn expressions in Australia, not even indie bottles. The distillery itself has quite a high capacity (around 3.5 million litres per year) with most of it destined for Pernod Ricard blends, like the Chivas range. With a production capacity of that size, there seems to be plenty of whisky going to the independent bottlers out there and some of them are bottling expressions that are well worth trying! (I’ve tried some fantastic Longmorn in the past).

Not an awful lot of information on this one apart from the 12 year age statement and 40% ABV. I’m almost certain it’s been chill-filtered and if I had to guess, I’d say it’s more than likely made up of refill bourbon casks with a smattering of refill sherry casks in there. I’d probably consider this to be somewhat of an entry level malt if you will.

On the nose I got all of those classic soft Speyside notes like green pears and apples, freshly cut grass, some light zesty notes and a mild honey sweetness. There’s also a hint of funky cardboard.

Very thin on the palate, with some mild baking spices up front, followed up green apples, some barley/cereal maltiness and a hint of marmalade. It finishes quite dry with some oaky spice and powdered ginger, whilst that cardboard note from the nose seems to work its way in there too. Overall I found it very mild and mellow with lots of soft pleasant notes, but also a couple of oddities that unbalanced it slightly.

It’s not the most complex dram (but then again, I wasn’t expecting it to be), but it’s still quite an enjoyable, light, summertime whisky. I’d probably consider it as a pleasant alternative to the likes of the Glenmorangie 10 year old, or Glenfiddich/Glenlivet 12 year olds, perhaps a tad less-refined though. Nice work Gordon & MacPhail, looking forward to trying more from your range in the near future!